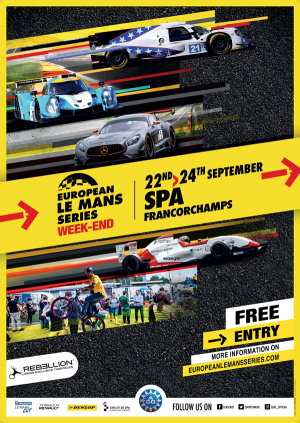 Automotive, as well motorcycle,  races took place on the 14 kilometre race track. Endurance racing was among the first races to be held with the 24 Hours of Spa in 1924, which was won by Antonio Ascari.

A new 7 kilometre track was inaugurated in 1979. It was more technical with a lot more turns, but also with bigger gravel beds.   It nevertheless continued to be one of the favourite circuits for the drivers as well as for the spectators.

New modifications were done on the track and it’s accommodations in the 2006 and 2007 with the construction of brand new F1 standard boxes. Since it was created in 2012, the World Endurance Championship has held the second race of the year in Spa-Francorchamps (the WEC 6 hours of Spa-Francorchamps), which is classed as the final dress rehearsal for the 24 Hours of Le Mans.

The last European endurance race that took place on the 7km Spa-Francorchamps circuit was the 2011 ILMC (Le Mans Series) 6 Hours race, which was won by a LMP1 class Peugeot 908 and a TDS Racing run ORECA 03 took the win in the  LMP2 class.

The European endurance was be back in Belgium in 2016 with the 4 Hours of Spa-Francorchamps ELMS, and was one of the greatest event of the year. DragonSpeed took the victory for the first time of the season after a strong battle with the Belgian Team WRT.